Just two hours’ drive from Tigers Den luxury lodge near Picton, there is a small alpine village of St Arnaud and the gateway to Nelson Lakes National Park. The Park, which lies in the northernmost ranges of New Zealand’s Southern Alps, was established in 1956 and covers around 1020km.

Nelson Lakes National Park is also home to the Blue Lake, a blue-violet hue gem in the crown of New Zealand’s natural treasures and title holder to “the world’s clearest lake”.

Blue Lake is known to the local Māori tribe Ngati Apa as Rotomairewhenua, meaning “the lake of peaceful lands”.
For centuries, Ngati Apa knew their Blue Lake was something very special and it was traditionally used to cleanse the bones of their dead men. Their women’s bones were cleansed in the higher-lying Lake Constance, which feeds the Blue Lake via an underground river.

This ancient ceremony of cleansing the bones of their dead in these waters was believed to release the spirits of the dead and start them on their journey to the afterlife. The bones themselves were then buried in the Sabine Valley.

The lake is therefore regarded as sacred and visitors are not allowed to bathe, wash their clothing or dishes in the water.

Clearest fresh water in the world

In 2011, researchers from New Zealand’s National Institute of Water and Atmospheric Research (NIWA) did tests that showed the Blue Lake to be the clearest natural body of fresh water known on earth.

While only around 7m deep the horizontal clarity of the Blue Lake’s water can exceed 80m. NIWA testing revealed that the water in this relatively small lake consistently has a horizontal visibility above 70m, with the highest reading at 81.4m. This makes the water of the Blue Lake to be almost as “optically clear” as distilled water. The lake’s characteristic blue-violet hues are something seen only in the very clearest natural waters.

The Blue Lake is located 1,200m above sea level and receives its water from the higher-lying Lake Constance via an underground river that emerges from springs about 35m above the Blue Lake.

The spring-fed source of the water and its high altitude ensures that the Blue Lake is always cold, ranging between 5° and 8°C.

Lake Constance, however, is not nearly as clear as the Blue Lake as ‘glacial flour’ from the surrounding mountains makes the water in Lake Constance to appear cloudy.

Therefore, the water, on its underground journey between the Lake Constance and the Blue Lake, is believed to undergo a natural filtration process as it passes through glacial gravel from the last ice age about 12,000 years ago, and landslide debris, which acts as a sieve for particles and organic matter.

The Blue Lake also has its own ‘protection mechanism’, because every few days it completely flushes itself, thereby ensuring that any nutrients or contamination are washed away. On rare occasions, after very heavy rains wash particles into it, the Blue Lake can become temporarily murky, but after a few days, its astonishing clarity is restored.

A gem hard to find

Appropriately for a ‘national treasure’, it’s hard to get to the Blue Lake, requiring an 86km round-trip hike via the Travers-Sabine Circuit track that will take a minimum of four days of hard walking, including a bit of a climb.
In all fairness, however, you should allow another day or two to really be able to enjoy the magnificent scenery and the unbelievable serenity of the place. Local wildlife includes populations of kiwi, other native birds, and lizards.

The track is best travelled in late spring, summer and autumn. The Department of Conservation maintains a number of accommodation huts along the track.

Although the Blue Lake is a two-day hike from the Park boundary it can be observed from above by scenic flights operated by helicopter out of the nearby town of Nelson.

2 Hours from one natural treasure to another

Picton, in the heart of the spectacular Marlborough Sounds, is just a two-hour drive from St Arnaud at the end of your hike through the Nelson Lakes National Park. Here, nestled on the hillside overlooking spectacular Waikawa Bay, you’ll find Tigers Den luxury lodge.

Tigers Den offers luxury accommodation for up to 10 people and is a great place to relax and reflect on your visit to the amazing Blue Lake. After a long hike, it also just a welcoming 2 minutes from all the waterfront cafes and restaurants of Picton, as well as many of the region’s activity operators. 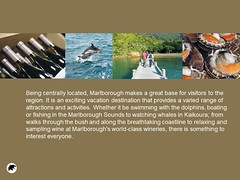 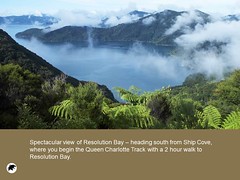 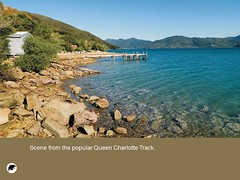